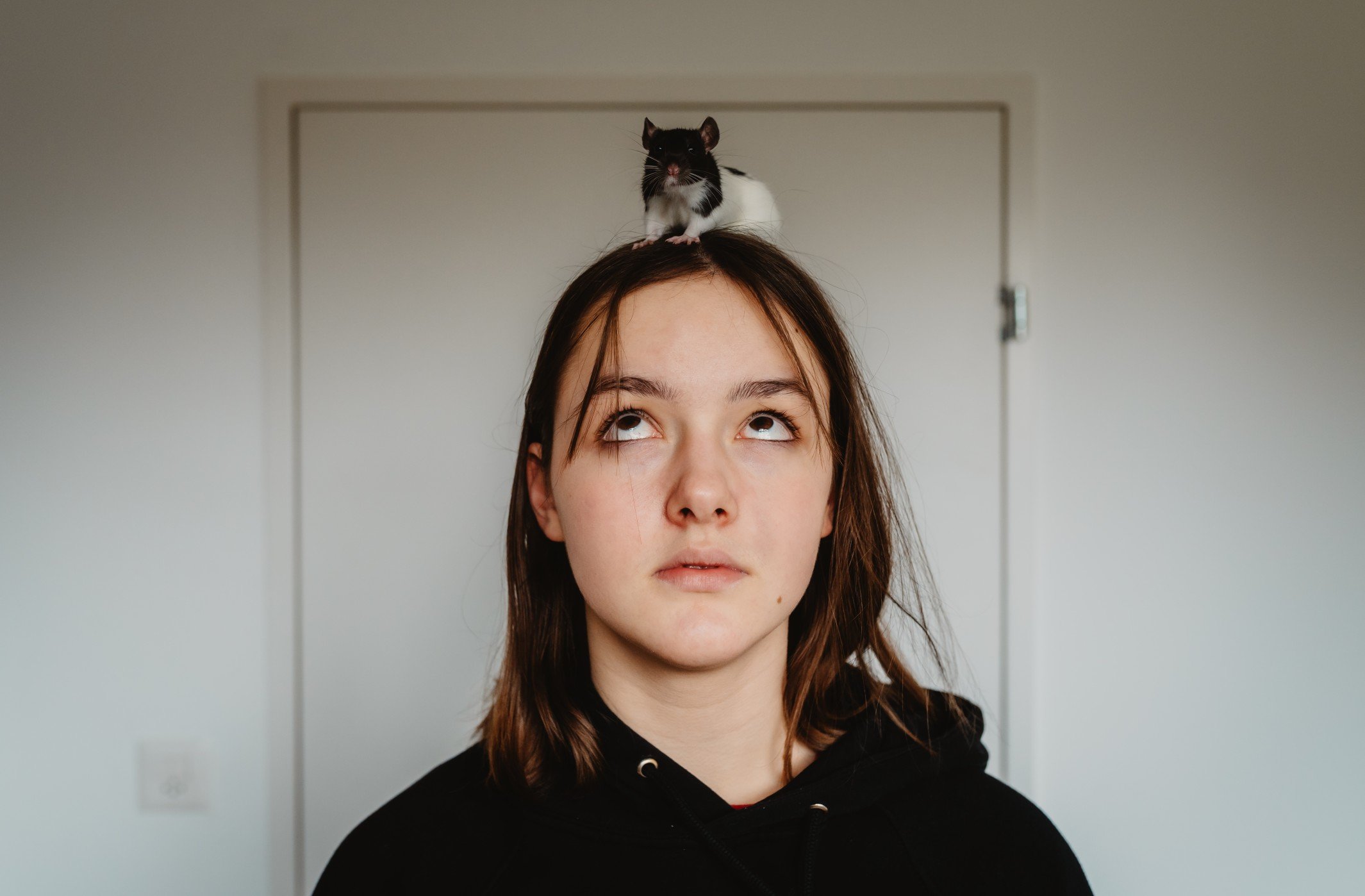 The modern pet rat is the most underrated pet of domesticated pets. Even though at the mention of rats, most people think of those dirty creatures that inhabit the depths of murky sewers, occasionally creeping into your home and chewing wires. Others may think of the black plague and point an accusing finger at the rat, even though recent studies say otherwise.

It turns out that the domesticated rat, a vastly different creature than its wild cousin, makes an ideal pet for almost anyone. Whatever the case, these four facts clear the tarnished reputation of rats.

Contrary to popular belief, rats are very prim and clean creatures. Their first activity upon waking is thorough grooming, which is then repeated several times throughout the day. Rats also groom each other, partly for the bonding experience.

Rats are loving and social animals.

Rats are very affectionate creatures, especially if they are regularly exposed to human contact while still young. Rats from snake food shops may be shyer at first since they are being raised for food and not as pets, but they will quickly warm up.

Feeding them by hand is a sure way to earn their trust and affection. Once trust is established, your pet rat will probably lick or groom your finger, hand, cheek, or whatever else is in its range, signaling that you are now “part of the pack.” Because rats are so sociable and affectionate, experts recommend that you buy at least two rodents. A solitary rat, even if it has human interaction, can become very lonely.

Rats are highly intelligent and full of personality.

This unique rodent is incredibly intelligent. They can be trained to come when called, perform a variety of tricks, and memorize the route of a complex maze. Not only are rats intelligent, but each one has a unique personality. Whether it’s moody, dramatic, or hyper, every rat is different. Because of their intelligent and curious personality, they need at least one hour of free-roaming playtime outside their cage.

Rats are easy and inexpensive to care for.

Rats don’t require routine vet checkups, and high-quality feed is cheap, making them an economical pet to care for. Because of their small size, they are ideal for tiny apartments, where a cat or a dog would be too big or not allowed. They are also low-maintenance; their bedding needs to be changed once or twice a week, and their cage thoroughly cleaned every two weeks.

Unlike other popular animals, such as cats and dogs, rats have an unfavorable reputation that follows them. Rats are depicted across media in a poor light and throughout history, they were seen as plague carriers. Domesticated house rats are not the same as their wild cousins though, for all the reasons listed above and more. They truly are one of the most underrated pets.